What is Chronic Obstructive Pulmonary Disease or COPD?

Chronic Obstructive Pulmonary Disease (COPD) is a broad term, consisting of several progressive lung diseases, such as chronic bronchitis, emphysema, refractory (non-reversible) asthma, and some types of bronchiectasis. COPD is characterized by increased  shortness of breath  . The function of the lungs decreases in COPD and the patient has increasing difficulty breathing in COPD. Because COPD is a progressive condition, its symptoms worsen over time, and damage to the lungs, which is permanent, also increases.

Chronic obstructive pulmonary disease (COPD) has 4 stages from mild to very severe. Stage 1 of COPD is the mild stage and stage 2 of COPD is the moderate stage. It is usually in stage 2 of COPD that the remarkable symptoms of COPD appear for the first time. With the progression of COPD, the severity of symptoms increases. Stage-3 COPD is the severe stage, which causes considerable changes in symptoms, lungs and general health. The end or extremely severe stage of this disease is stage 4 COPD. To know all about the last stage of COPD, its treatment, and the life expectancy of COPD in the final stage, read as follows.

Signs and symptoms of stage 4 or end-stage COPD

Many patients in Stage 4 or the final stage of COPD have significant airflow limitations, which in turn negatively affect their lives. They feel exhausted and breathless even in simple tasks such as cleaning the bed, showering and cooking a small meal. Pulmonary function generally drops to 30% or less during stage 4 or end-stage COPD.

Oxygen is essential for the proper functioning of the body. When you have low levels of oxygen in the blood, this indicates that the cells, tissues and organs of the body are not getting enough oxygen. Many patients with Stage-4 or Final Stage COPD suffer from such inadequacy of oxygen. The doctor may prescribe oxygen therapy to help these patients receive more oxygen.

Outbreaks of COPD can worsen symptoms and make them potentially life-threatening. For some people, certain conditions, which coexist with COPD, can also worsen during an outbreak. Therefore, it is very important that patients inform their physician about any changes in their symptoms. In addition, the pulmonary and general health of the patient would need to be monitored closely by the physician to manage and prevent outbreaks.

Diagnosis of stage 4 or end-stage COPD

Treatment or stage-4 or end-stage COPD

COPD is an incurable progressive disease. However, patients should work with their physician to create or modify a treatment plan that is best suited to their needs. Various treatment options such as medications, alternative therapies and lifestyle changes are available to help control COPD. For stable management of stage 4 or final stage COPD, the doctor may prescribe corticosteroids and inhalers as bronchodilators to facilitate and open the airways and help patients breathe better. Steroids may also be prescribed to decrease inflammation and prevent outbreaks in COPD.

Sometimes a type of inhaler called combination inhaler may also be needed to manage Stage 4 or COPD symptoms at the final stage. Combined medications are medicines that consist of a mixture of two types of medications, such as a steroid and a bronchodilator in the same inhaler. In the event of a COPD outbreak, your doctor may prescribe oral steroids, antibiotics or even hospitalization. Patients should report changes in their symptoms or general health to their physician. They should also keep up-to-date on influenza and pneumonia vaccines   to decrease and prevent outbreaks of chronic obstructive pulmonary disease or COPD. Even alternative treatments, such as  stem cell therapy, has been shown to be useful for improving mobility in many patients with COPD. In fact, it also helped reduce the use of oxygen therapy, improving breathing and making the patient feel better after therapy. Traditional medicines help control the symptoms of COPD, but stem cell therapy works to promote healing within the lungs and address the progression of the disease.

Changes in stage 4 or late stage lifestyle of COPD

The doctor may also recommend certain lifestyle changes in chronic obstructive pulmonary disease. One of the most important lifestyle changes that patients with stage 4 COPD or end-stage COPD can do is quit smoking. Smoke can irritate the lungs and trigger symptoms of COPD. Quit smokingand being smoke free can be a very challenging task. One can have the help of treatments, smoking cessation tips and support groups to stop smoking successfully. Regular exercise and eating a healthy diet are useful for improving the quality of life of people with COPD in Stage 4 or Final Stage. Excess salt intake can aggravate heart problems and COPD. Therefore, it is advisable for patients to replace salt with other herbs and spices in their food. People at any stage of COPD with mobility problems should practice light exercise such as  walking  ,  yoga  and  Tai Chi  to improve their condition.

You can use a combination of medication, alternative therapies and lifestyle changes to live a more active life. The prognosis and life expectancy of COPD patients vary and depend on the severity of COPD, other medical conditions, and overall patient health. However, treatments may be useful for patients at any stage of chronic obstructive pulmonary disease. 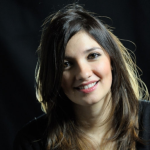